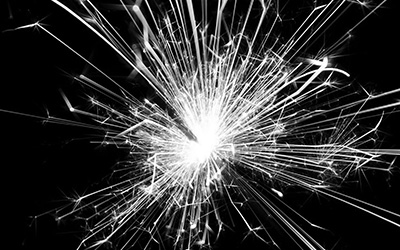 Chronicles of a Tech Startup

A year ago, we gave you our 2021 predictions. And in it, we predicted that at the end of the month everyone would be doing predictions and that nobody would even follow up on them. We called ourselves out for doing exactly what everyone else was doing. So who would we be, if a year later, we didn’t follow up on our predictions to see whether or not they came true?

Our prediction for 2021 was that someone would start a company.

Lo and behold, our prediction came true! Harshit Chitalia and Harshil Parikh founded Tromzo, a developer-first Application Security Management Platform. However, we didn’t stop there in our predicting. We boldly went on to lay out what the first year of this company’s life would look like month-by-month.

How did what we predicted stack up against what Chitalia and Parikh experienced in year one of their new company? Read on as Lucidum CEO, Joel Fulton, chats with these new founders on their experience compared to our predictions.

Chitalia: For me personally, I always had this passion of starting a company. I joined an early-stage company and I saw how crazy things were and I just loved it. And then I went and got acquired into a big company and it became super slow. So, I was like, I need to get out, and build something that I’m proud of. But I wanted to also do something which was bigger in scale and also impacted a lot of people, in a good way.

Parikh: And it’s kind of that moment where things just line up, right? Like you’re in that place in your career, in your life where you can make these bets, you have enough to offer. All of these things coming together. It doesn’t happen very frequently — this was one of the times when I felt like it did happen. Things from a personal life, career, life experience and what I could offer to the industry, they all came together and couldn’t be better timing to do something like start a startup and try to make a difference.

Fulton: I’ve got an idea. I’ve got a partner. It’s kind of like having a baby at some point, there’s an urge that is undeniable, un-blockable and you have to do something. You talked about a lot of factors that were aligned. Could you have made a different decision? Could you have held off or was this the way the whole world was going, and you were along for the ride?

Parikh: Yeah, I could have held off, but that would have meant that I would have had to find something different to make myself happy, you know? Maybe I would be making more pizzas every week. I don’t know. That’s another thing that makes me happy, but, you know, I would have gained a few more pounds, but a different lifestyle.

March – May: Get a lot of advice, receive money from the friend who believes in you, followed by investors

Fulton: What was difficult in the early stretches after you got over the excitement of we raised money, people think we’re amazing besides each other, what then got hard for you and what did you do?

Parikh: People will give you different types of advice. Right? One of the things that we were very fortunate about is having a lot of people to support us, having a lot of people around us who come with a lot of wisdom, and they are very happy to share those things with us, but it’s incredibly important to learn where they’re coming from. And their advice is obviously from a good place, but it’s applicable in certain stages in certain ways, in certain conditions that may not be right to use.

June: Learn how difficult hiring is and start building

Fulton: You’ve got a product roadmap, you have plans for customer acquisition, you have understanding of the features and the problem, you have hiring a remote workforce, you have uncertainty of the pandemic. What do you do to determine if something is a distraction or an urgent issue?

Parikh: I think the challenge with being this early is being able to be long-term strategic, and also be tactical on an almost everyday basis. That’s a part of brain that I had never stretched so much that we have to do as founders. It takes a lot of practice and skill — to be able to go see longer term and short term — and being able to connect those dots while minimizing the risk. ‘Cause we only have limited resources to spend, right?

So, we can only explore a path to a certain extent. Failing fast is the right thing to do, in my opinion. I think that’s what helps us quickly weed out things that are not good bats for us to explore further. But unless you explore it a little bit, you wouldn’t know this a rabbit hole.

July: Try not to panic

August & September: Time speeds up and you feel the emotional rollercoaster

Fulton: What do you think people don’t consider well enough when contemplating starting a company and you wish they would ask you about it?

Chitalia: I think one of the things that people don’t consider is how many hats you’re going to end up wearing. In the morning you are a salesperson, in the afternoon you are marketing, and at the end of the day you are doing something with your lawyers. So, you’ve actually done no productive work that you needed to do for your startup, you know, like to build a product. And very few people are able to context switch that quickly because it takes a toll on you.

It’s not easy, the ability for a person to move from one to the other nonstop every day. Having worked at different big companies, at the most, you’re working with like two or three roles, right? [At a startup], in a day, you will be working with four roles, just in your head. So, having that kind of mentality and perspective is very important before you even start thinking about it. I feel like if people don’t understand that they will go by all the glamour of [what they see in] TechCrunch.

October: Prospects start telling you what features they would want in order to buy. How quickly can you build it?

Parikh: I think the single biggest thing that we have been able to achieve so far is deeply knowing what is the problem set that our customers are trying to solve. That is an incredibly hard thing to do. When you hear customers say “Yes, we have struggled with this problem.

We tried to do it this way”, even if they are not the right customers and they are not at the right stage for you, but [they’re] so happy that you guys are building it because somebody had to build it. [When] it’s such a pervasive and painful problem that even people who don’t want to use our product right away end the conversation by saying “we are rooting for you from the sidelines” I think that’s an indicator that we are on to something that’s really important.

November: Lost track of all time. When did Thanksgiving happen? You come out of stealth

Fulton: So what stage is Tromzo in now?

Parikh: We launched publicly a few months ago. I think it was about two months ago, which is really good. And we were able to do that based on incredible validation from our customers design partners that we’ve had so far. I think the single biggest thing that we have been able to achieve so far is in deeply knowing what is the problem set that our [different types of] customers are trying to solve and who that is.

December: You’re now out in the world. You hire marketing. They make you do predictions

And with that, we’ve come full circle and it’s time for another set of predictions. This time, hear from the co-founders of Tromzo and what they expect to see in 2022: